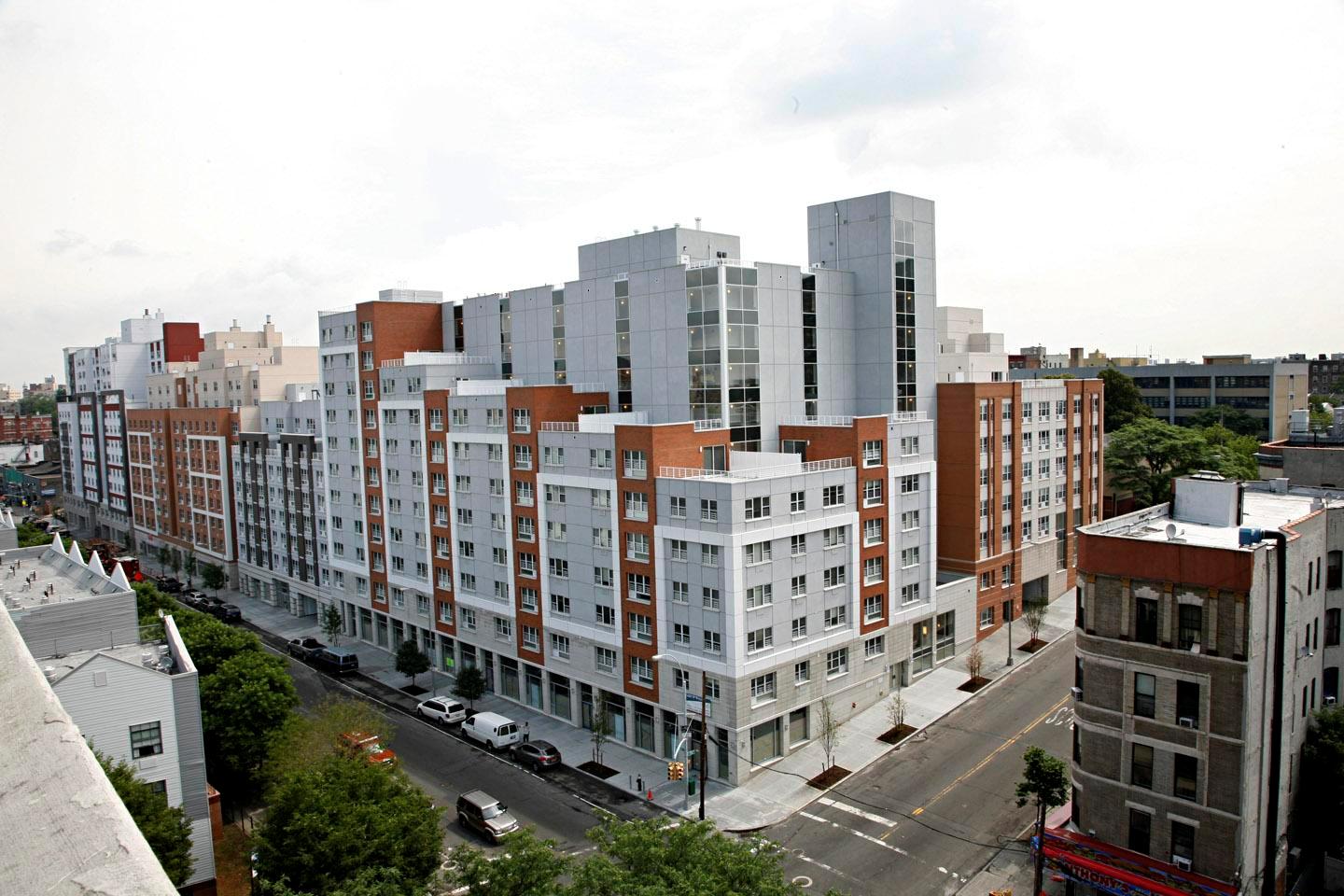 Originally known as Melrose Commons, this 35-block urban renewal area in the South Bronx was originally a vibrant community dating back to the late 19th century. By the early 1990s it was in shambles: burnt out, desolate and populated by fewer than 6,000 of America's poorest people.

In 1992, community residents, including homeowners, tenants and businesses, worked with City leaders to create a complete urban renewal plan. The Melrose Commons plan was approved by the City in 1994 and led to its comprehensive redevelopment.

Hudson played a key role in developing affordable housing in the Melrose renewal area - now known as St. Ann’s Terrace - including portions of 8 apartment buildings mixing both affordable and market rate apartments within one complete city block. Hudson provided the tax credit equity for the 3 affordable housing buildings, which comprise 314 apartments. The equity was provided through a fund that invested nearly $50 million in LIHTC equity in two separate closings, with an additional $73 million of capital in the form of construction financing.

Our efforts in financing St. Ann’s Terrace required skilled navigation within a complex real estate environment. Challenges included integrating substantial commercial space; financing and constructing a multi-phase development with separate ownership; and integrating a dispersed management team among discrete properties. We are proud to have underwritten this massive development and to have taken part in creating dramatic impact within this community.

Today, the development is consistently over 98% occupied, a living testament to how a focused professional effort can revitalize an entire community.